CYBILS Nominee: On the Horizon by Lois Lowry

On the Horizon
By Lois Lowry
CYBILS Category: Middle Grade Nonfiction
This verse autobiography tells readers of Lowry's early childhood of growing up in Hawaii and also of the time she lived in Japan with her family. Divided into three parts and finishing with an author's note, Part One is Lowry's reflections of being a young child playing on the beach in Hawaii and seeing the navy ship USS Arizona in the background on the horizon. She did not realize this while as a child, but seeing home movies as an adult in the 1980s, she reflected on the fate of the Arizona and continued to contemplate the fate of the 1,133 soldiers who lost their life when bombs dropped sinking the USS Arizona in minutes. Her reflections are revealed in her brilliant, sparse, and at times emotional verse as she gives a voice to the soldiers who lost their life as well as some that survived that day.
The second part switches to Japan as Hiroshima and the surrounding area struggles to overcome the United State's bombing of Hiroshima, which happened on August 6, 1945. The bombing killed over eighty thousand people that day and many more died of radiation poisonings for years after. We are introduced to Koichi Seii, a Japanese boy who felt the bomb miles away in his village. Just as she does in the first part, Lowry brings an event that seems so far removed from present day middle grade reader's lives by tell personal stories of those who lost their lives that day and of those that survived such as their love of riding their bikes, playing with friends, and having to go to school. 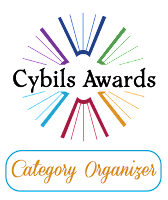 Part Three has Lowry and her family moving to Japan and in the beauty of Lowry's writing, the two proceeding parts merge together in this part as Seii and Lowry cross paths while Lowry lives in Japan. While in Japan, both countries are still healing from the wrongdoings each have done to other and the pain and uncertainty can be felt in Lowry's sparse verse. Each cannot seem to trust the other and Lowry wants to be able to be friends with other Japanese children, but neither knows how to bridge the gap or cross that bridge to each other.
This verse autobiography is just beautiful and is Lowry's writing at her best. The final triolet on page 67 is my favorite passage in the the book:

An absolutely poignant verse autobiography, this is an excellent way to introduce an unit on World War II that is not Germany focused. Along with the beautiful writing, there are some illustrations (expertly drawn by Kennard Pak) that are not only appropriate they help convey the emotions and give meaning to the words. I highly recommend this book and this is clearly a standout for me this year for me, I am thrilled I picked it up.