How can it be July already? I am writing this as the month starts and I am conflicted. There is a lot of that was supposed to happen (more on that below) personally and it has affected me more than I like to admit. Summer is ramping up both weather wise (rainy days, hot days, humid days which I am not a fan of) and with the pressure I am starting to feel with work obligations. Before we get into all of this, let me break down what I managed to read in June.
I wrapped up June reading nine books, which I am ultimately happy about because I fought through a reading slump that took over a couple weeks. I had hoped to read more, but I am trying to get over my reader's guilty of not reading enough because of my career as a school librarian. So much guilt, but that is for another post.
Here is what I was able to read in June: 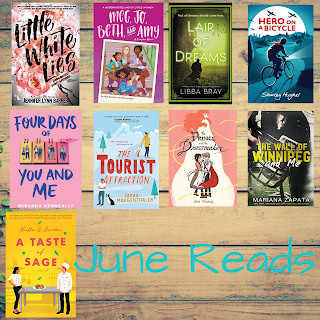 Mini Reviews: The Prince and the Dressmaker by Jen Wang and A Taste of Sage by Yaffa Santos

I am back with another round of mini reviews. I like to be able to do these in between size reviews--not as long as my full ones and not as short as the new Twitter Reviews I am doing.  Up this time are a graphic novel review (in time for Pride month) and an adult rom-com review.

The Prince and the Dressmaker
By Jen Wang
My Rating: 5 out of 5 stars
This is a delightful graphic novel that is beautifully drawn by artist Jen Wang. I love the message behind this story: be who you are because otherwise you are not true to yourself. Prince Sebastian has a secret: he loves dressing up...but in dresses. He seeks out a designer who can make him the dresses of his dreams. Enter Frances, an overworked tired seamstress at a fashion shop in Paris. She longs to be able to design dresses for clients that bare her name and when the Prince's valet arrives when an unbelievable offer, she leaps at the chance.
Through their relationship, Prince Sebastian begins to accept his Lady Crystallia side, becoming embolden to go out into society dressed as her (most of the time accompanied with Frances). Their relationship evolves into more as the story progress but is put to a challenge with Sebastian has to decide who he really is and Frances has to decide what she truly wants.
I enjoyed this and of course as a graphic novel it is perfect for reluctant readers in my library. I appreciate that it challenges people's perception of gender roles and I think the pacing of the story is great. I love the overarching theme of being comfortable with who you are, even if it is not what you think everyone wants of you. I think that is an important message our teens need to read--especially during these pivotal formative years.

A Taste of Sage
By Yaffa Santos
My Rating: 2.5 Stars out of 5
Chef meets chef, fall in love, & live happily ever after--what could be better than that? This is a rom com with Dominican roots that sadly did not translate into as much richness as I hoped. It blends magical realism, tragedy & romance, but ultimately l wanted more from it. I liked Lumi and the other main character, Julien grew on me as well. I felt like the flow of this book was off--it bounced forward in time so quickly and the recipes were interspersed at weird points. Perhaps if I read it as a physical book instead of an eBook, maybe it would have been clearer. Even though parts of it did not work for me, I read it in one day.
Despite not getting out as much as I hoped, I do look forward to reading more from this author in the future. I hope in her next book she is willing to explore her Dominican roots further so it translates more fully into the story and does not feel as just a small part of it. 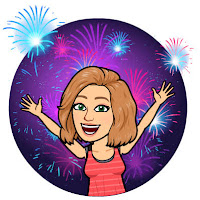 Happy July everyone! It is hard to believe we have turned the corner and starting the second half of 2020. I personally cannot wait for it to finish up--this year needs to be put to rest. However, I know that the second half of the year will be even busier than the first half as my daughter transitions to high school, beginning a new school year--hopefully in person after 6 months away from the building for the most part, and all the end of the calendar year tasks.  I start two national committee appointments, one for AASL and another for YALSA, which I will be doing in conjunction with my state association's duties I do.
During the month, we will also be traveling a bit back to see family in our home states (Michigan and Indiana) along with checking out some colleges for my daughter--she is a rising freshman. Don't worry--we will be safe wearing our masks, practicing social distance to protect family members and ourselves. I am a firm believe in wearing masks--just do it!

With traveling this month, things are going to be a bit more challenging. I won't be able to participate in Becca's Bookopoly Readathon sadly because we will be traveling that weekend. The one readathon I plan on doing is the Reading Rush hosted on the Reading Rush channel. Here are the books I am looking to fit in that week:

Here are the Reading Rush Challenges and what I am anticipating trying to use to fit them (right now anyway):
They also selected for the group book: Such a Fun Age by Kiley Reid which you will see I have already been reading this month and am working to finish it up (hopefully this week).
The Reading Rush takes place June 20-26th, which overlaps by a couple of days when we are traveling. So I know the likelihood of me completely seven different books in one week is slim (especially given the reading slumps I have been fighting through). All of my choices were picked so they can do double duty on the challenges in the hopes that I can complete all seven challenges, without having to read seven different books. However, I am going to pick a book for each challenge knowing that this book may not be able to be finished in a week along with other titles.

As far as the rest of the month goes, trying to adhere to a TBR Pile has not been going as well for me. I usually pull a stack based on any of the readathons I am doing with multiple choices, but even that did not work in June. I will go into more details in my June Wrap Up coming up after this post (probably on Friday or so).
Read more »
Posted by Stephanie @ Love. Life. Read at 5:30 AM No comments:
Email ThisBlogThis!Share to TwitterShare to FacebookShare to Pinterest
Labels: #ReadingRush, Let's_Talk_About_It, monthly_update, TBR, TBR_Pile

Lair of Dreams
by Libba Bray; Narrated by January LaVoy
My Rating: 4.5 out of 5 stars
This is the second book in Bray's Diviner series and picks up shortly after the first book ends. We are welcomed back with some known characters: Evie, Sam, Jericho, Mabel, Theta, Henry, Memphis, Isiah, and Ling along with some new characters. This book once again shifts points of view, with two main story lines weaving together: Evie and Sam researching Project Buffalo and Henry and Ling spending time dream walking for answers or seeking out others. A sleeping sickness has the city in grips after it just recovering from the Spanish Influenza pandemic and no one knows how it is affecting people and how to heal them. At 613 pages long, this book has a lot go of threads weaving together, but Bray kept my interest throughout the story by keeping the story moving along with enough interests and nuggets to dig into for me.
Bray also does a good job of not washing over the social injustices during the 1920s: immigrants, Blacks, and Jewish individuals were victims of racism, prejudice, and harassment. There is a Ku Klux Klan parade at one point during the book--a normal, praised sight at this point in American history. Also present is the Chinese Exclusion Act, which is often times an overlooked part of our whitewashed history. There are moments in the narration that I just cringed because of the blatant remarks, the outright hostility, and the unfair treatment but it is important for these moments to be in books so we can discuss them with our students. Life was not pretty and easy for everyone--if you were not white or Christian (specifically Anglo Saxon Protestants), then you had roadblock after roadblock in your path to overcome. With Ling, Sam, and Henry all from marginalized groups, readers are able to get a brief glimpse into what immigrants/Chinese, Jewish, and LGTBQ people experienced during this time in history.
Read more »
Posted by Stephanie @ Love. Life. Read at 5:30 AM No comments:
Email ThisBlogThis!Share to TwitterShare to FacebookShare to Pinterest
Labels: #GGRReadathon, 4.5_stars, audiobook, historical, LGBTQ, paranormal, review, supernatural, young_adult

I am introducing a new type of reviews today: Twitter Reviews. Each of my Twitter Reviews will be 280 characters or less--including the spaces. It is a quick way to sum up my thoughts on some books I do not want to fully review, but want to remember some thoughts about it.
The Tourist Attraction
By Sarah Morgenthaler
My Rating 3 out of 5 Stars 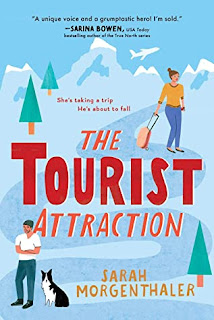 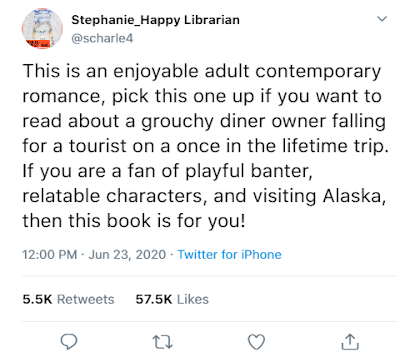