Three Minutes to Happiness by Sally Clements Blitz with Giveaway! 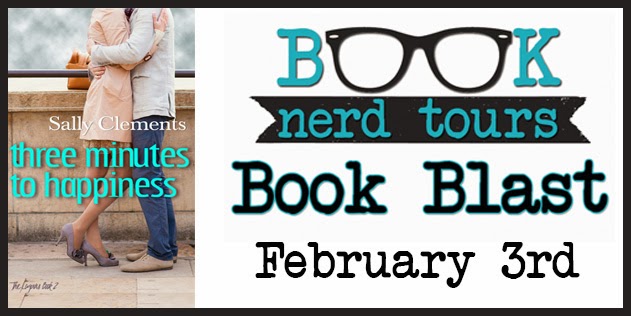 Photographer Valentine Jones doesn’t believe in love, but when her romantic friend Maggie drags her along to a speed dating event, she finds herself reluctantly attracted to architect Finn Logan. Against her better instincts, she ticks yes on her scorecard to seeing him again. He never calls. 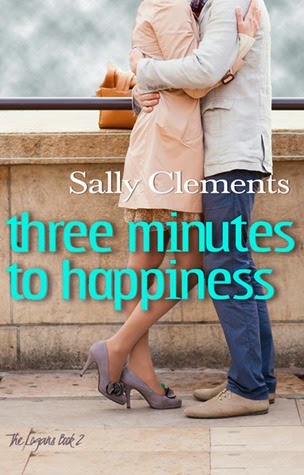 Finn shouldn’t have flirted with Val at the speed dating event. He was there to chaperone his wayward niece, not find another girlfriend – he has two already. When he meets Val again at his cousin’s wedding, he tries to explain, and ends up kissing her instead.

Finn’s company need a photographer to nail an important contract, and Val needs the job. Before long, Finn has dissolved his harem, and persuaded Val into his bed. She’s all for a quick fling, but nothing more – a ruined marriage has taught her that love is an illusion. But Finn’s ruthless pursuit is making her change her mind, until the party at his parents’ house that changes everything…

Sally Clements writes fun, sexy and real contemporary romance, partnering hot heroes with heroines that know what they want, and go for it! She’s a voracious reader, and considers writing for a living the perfect job—the only downside is saying goodbye to her characters at book’s end!

Up for grabs today is:
You must be 13 years of age to enter and this is an international giveaway!

Posted by Stephanie @ Love. Life. Read at 5:00 AM
Email ThisBlogThis!Share to TwitterShare to FacebookShare to Pinterest
Labels: book_blast, giveaway