I am so thrilled that this book has released today. I am a nut for sports themed contemporary romance novels so I was thrilled to find Ms. Solheim's titles this past year. Risky Games is the third book in the series (excluding the novella that released last month) so be sure to check out the other ones as well!! I pre-ordered this for my eReader so it is waiting for me as you read this for me to find that perfect moment to escape away with it. :-D

Just when he was at the top of his game… She changed the rules.Baltimore Blaze tight-end Brody Janik is a natural born football star.  At twenty-seven, his record-breaking athletic performance and his cover-boy good looks have turned him into a household name.  But Brody’s hiding a major secret behind his charming, public persona: a health condition that may cut his career short. 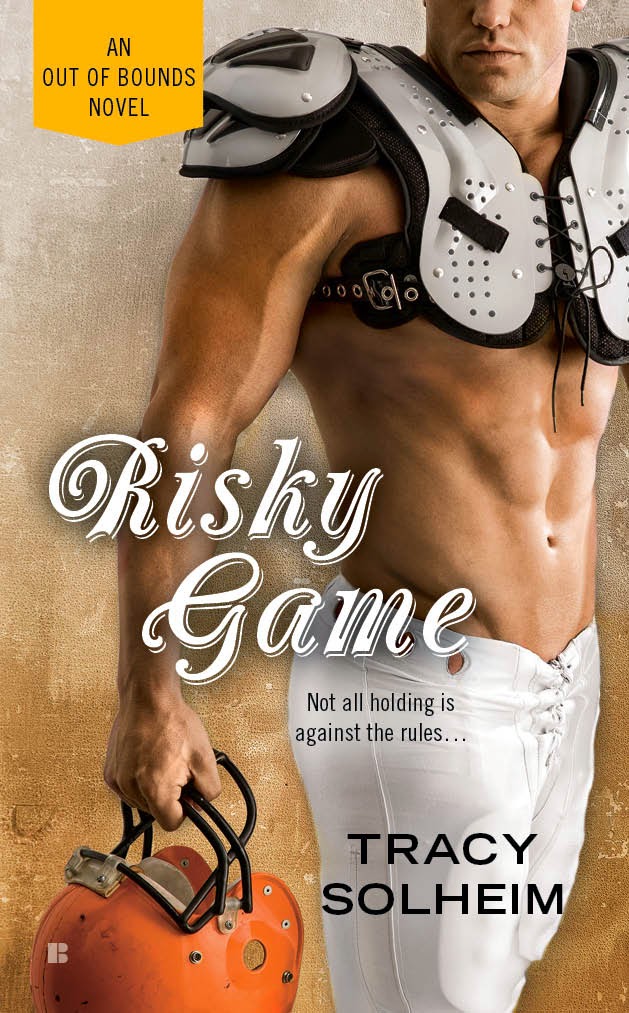 PhD candidate Shannon ‘Shay’ Everett works multiple jobs to put herself through school—including an unpaid internship with the Blaze training department.  Strapped for cash, Shay answers the call of a NFL gossip blogger to uncover personal details about the Blaze players. Sneaking into the locker room one night, she gets entangled in Brody’s secret… and swept up by his charm.Brody isn’t sure what to make of the gawky girl with the whiskey eyes, especially when he discovers she was snooping. His first instinct is to turn her in as a snitch, but she could destroy him by sharing his secret. Instead, he decides to keep her close… perhaps closer than either of them originally intended…

Author Tracy Solheim has written her share of best sellers and note-worthy books. Unfortunately most of them line the shelves of dusty government offices around the world never to see the light of day. She hopes to change that with her series of contemporary romantic fiction novels published by Berkley Books.

“I guess you could say I’m a frustrated sports writer at heart, but I love writing—and reading—books centered around sports. I can thank my dad for that. He introduced me to Dick Francis novels when I was a teenager and I was hooked. I am also a big fan of the happily ever after endings of romance novels, so it was only natural that I combined the two elements in my fiction debut.”

We are fortunate because up for grabs is a $25 gift card to either Amazon or Barnes & Noble! How fantastic! What would you get if you won?? Sound off in the comments below. :-)