Ten authors and one grand scheme of mayhem and magic in the depths of New Orleans.


About The Supernatural Chronicles: The New Orleans Collection: 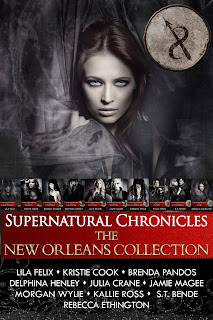 Beneath the brow of Bourbon and French architecture, the iris of New Orleans swirls with flecks of worlds and beings unknown to mankind. Come with us as we chronicle their journey—each supernatural race must hunt for an offering in hopes of saving their own. Skinwalkers, Wolves, Vampires, Dragons, Succubi, Witches, Necromancers, Cupids, and Asgardians are all in danger of losing control as an uprising darkness threatens to rip the veil that protects them all from the great beyond.

Don’t miss each of the individual Supernatural Chronicles! 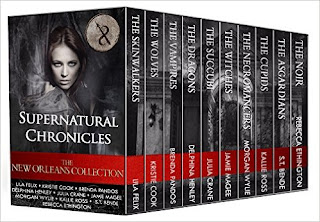 To walk between bodies, between species, between all races of humans--such is the life of a Skinwalker. Ahote, the son of the Great One is preparing to take his father’s place, to become ruler of those who move between the skins of his kind. That is until a letter is tacked to his door, a calling from The Noir--a letter whose blood-soaked words command obedience. Along with his life mate, Jaci, Ahote must find the voodoo priestess in the hopes that she hold the answers. Or, if the letter is correct, the veil between life and death will be torn, leaving the world open to creatures more vile than he.

Playlist with Lila Felix and THE SKINWALKERS

Lila Felix is full of antics and stories. She refused to go to Kindergarten after the teacher made her take a nap on the first day of school. She staged her first protest in middle school. She almost flunked out of her first semester at Pepperdine University because she was enthralled with their library and frequently was locked in. Now her husband and three children have to put up with her rebel nature in Louisiana where her days are filled with cypress trees, crawfish, and of course her books and writing. She writes about the ordinary people who fall extraordinarily in wild, true love.


Join us and have a grand time discussing The Supernatural Chronicles in the Facebook Group! 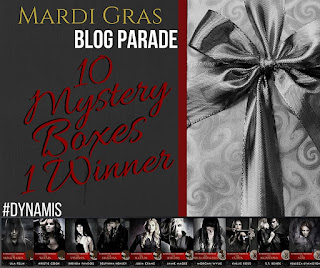