First seen on Heather's (Bookables) Channel, this struck me this morning as a fun way to think about my reading during this seasonal time of the year.
A Partridge in a Pear Tree: Favorite Standalone

So I am going to answer this as my favorite standalone for this year. I have not compiled my favorites of the year, still have not decided if I am going to do an overall recap of that.
For this I decided I am going to give you two because they are for different reasons: Clap When You Land by Elizabeth Acevedo and Tweet Cute by Emma Lord. I loved Acevedo's Clap

When You Land and this one in particular was another return to her lyrical novel in verse writing, which I enjoyed as an audiobook. The other, Tweet Cute, is just adorable. It is not anything earth shattering but when I read it in April this year it was a perfect escapism delightful read. I look forward to reading Lord's next book in 2021 to see if her writing holds the same appeal.
Two Turtledoves: Favorite OTP/Favorite 'Ship
This was a harder one for me as I do not want to keep answering the same books over and over during this tag. As I scroll back through my GoodReads Reading Challenge page, without selecting some re-reads, I realized that of all the books I read this year, the book that has the my favorite OTP of the year is without a doubt Becoming by Michelle Obama. I am not sure if this is cheating because the Obamas are obviously a real life couple but I love the frankness of her book and how she was willing to discuss their marriage and as all marriages take work to make them successful. I see the two of them together and they just inspire me--not because I inspire to have either of their roles, or lives, but the way they support each other is obvious.
Three French Hens: Favorite Trilogy

All Souls Trilogy by Deborah Harkness has been my favorite books and series since I read them for the first time several years ago and it is one of the few books I will re-read. I like to read it physically and I also enjoy the audiobooks. There are so many hidden "Easter" eggs inside of it for further exploration, that each time I re-read, I find something else that makes me thing of something new to explore or consider.
Four Calling Birds: Favorite fictional beast
I had to think about this question because what defines a "beast?" This year I read (well listened to) The Trials of Morrigan Crowe and Wundersmith: The Calling of Morrigan Crowe books one and two of the "Nevermoor" series by Jessica Townsend. This series is filled with wonderous beasts.
Five Golden Rings: Five Golden Books
From my TBR:

Six Geese a Laying: Rotten egg--What's your least favorite book?
My least favorite book this year has been the The Wives by Tarryn Fisher. There have been a few others that were close but when I weighed them, this is the one that came out on top.
Seven Swans a Swimming: Show a Book with Water on the Cover
I took a look at my GoodRead's Reading Challenge for this year, these are all the book covers with water on them (excluding snow and frost):

I cannot say I realized I had read quite as many books with covers with bodies of water on them until I compiled them all here--there are quite a few here.
Eight Maids a Milking: What fictional food do you wish you could taste?
There are some delicious wines and foods mentioned throughout the All Souls Trilogy that I would love to try as I long to travel to the United Kingdom. We were
supposed to go there this past summer, but obviously due to COVID, we were not allowed to travel. We had hoped this upcoming summer would be the year, but we have decided that things are not looking like it is quite going to be ready. Instead, I am going to have to wait now until April 2022--a spring back trip. 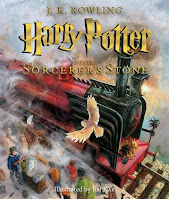 One other book series that leaps into my mind is of course Harry Potter because food plays such a pivotal role at times throughout the series. When I was a teen services librarian, I did a Year of Harry Potter with monthly and bimonthly Harry Potter events. Throughout those events, I made various Harry Potter treats include chocolate frogs, pumpkin pasties, and of course butterbeer. I would love to venture inside that world to try authentic snacks. Having gone to Universal Studios, I have had a sneak peak at some of them, so that is better than nothing.
Nine Ladies Dancing: Favorite dance between two characters?

So you could take this literally--a dance between them, or figuratively as in them trying to get together. For this one I am going to select another season's favorite: Pumpkinheads by Rainbow Rowell. This was such a cute read this fall and I highly recommend reading this during the fall if you have yet to do it.
Ten Lords a Leaping: Favorite Book to Movie Adaptation?
I have come to realize that I have to accept that movies have to be changed in order to be made from their book counterpoints. When I started to figure out the answer to this questions, I had a harder time coming up with this answer though--at least when it came to movies. I, of course, have a soft spot for the Harry Potter movies. It has become tradition that we watch them around Mother's Day. I know many watch them around Christmas, but we have never been one of those families.
I cannot think specifically of a favorite movie adaptation but my favorite TV adaptation is A Discovery of Witches. I think they did a fantastic job of capturing the essence of the book without having to make too many drastic changes.  I am so excited for Season 2 to debut in January. I will have to start my subscription to Sundance Now again so I can watch it.
Eleven Pipers Piping: Favorite Book to Movie Adaptation Soundtrack?
I could stick to A Discovery of Witches for a more recent one because that sticks out in my mind. I also go back to my teenage years to Twilight because "Supermissive Black Hole" is so quintessential takes me right back to that baseball scene. I also will listen to the Harry Potter soundtrack--just classical/instrumental music--at night when I am trying to fall asleep and I cannot get my mind to stop racing. It soothes me and I can calm down. The first and the latter will feature in my routine listening.

Twelve Drummers Drumming: It's the end of the song, what's your favorite book ending?
This is another question I had to stop and think about for some time. I cannot say I had a immediate answer. I am not necessarily a fan of an ambiguous ending, though I do like them when used appropriately such as Sadie. I do not want to spoil the ending for those of you who have not read it, but this ending seemed so perfect for this particular book.
Probably my favorite ending that just genuinely made me happy this year from a first time read this year is Pumpkinheads by Rainbow Rowell. I just loved it and it is such a cute, perfectly seasonal read. 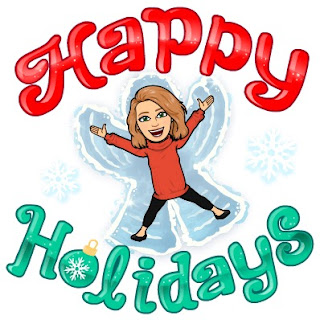 So there you have my answers to the 12 Days of Christmas Book Tag. If you have the desire to answer these questions, I would love to read or watch your answers. If you do, please share the link with me so I can come over. Otherwise, I hope you had a great holiday season!

Posted by Stephanie @ Love. Life. Read at 5:30 AM
Email ThisBlogThis!Share to TwitterShare to FacebookShare to Pinterest
Labels: Happy_Holidays, Let's_Talk_About_It, Tag