A Sporting Chance
Lori Alexander
CYBILS Category: Middle Grade Nonfiction
This is a part biography of Ludwig Guttmann and part introduction to how the Paralympic Games were created. The first part of the book introduces to Guttman and how he became a world renowned neurosurgeon focusing on spinal injuries. Growing up in Germany as a Jewish man, he had to flee Germany, leaving everything behind to begin again in England. Eventually allowed to treat patients returning from the warfront deemed "incurable," Doctor Guttmann knew there was more that could be done for them. This book walks middle grade readers through the process he created on how to treat these patients, many of these techniques are still used today--he pioneered the treatment of spinal cord injuries. 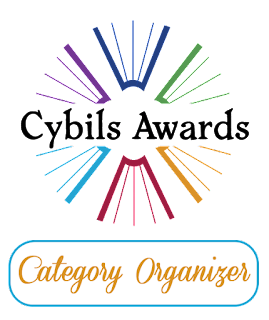 Despite this lasting contribution to medicine, when asked about his contribution he said he is most proud of introducing sports to paralyzed patients. He believed that his wounded soldiers still could be active and were not destined to spend the rest of their in bed. He believed they could relearn life skills and occupational skills through physical and occupational therapies. He made sure they had wheelchairs that would allow them to become more mobile and allow them to be able to get outside. He helped modify sports such as basketball so they could participate. He started a competition games that evolved into the Paralympic Games that we know about now.
This book is a great introduction to someone who is pivotal to helping to make those who disabilities visible in our society.  It is accessible and I appreciated the writing style and tone of it. The breakout boxes sometimes seemed disjointed at times--for younger readers they sometimes struggle with the placement of those boxes with how to read the main text and when to pause and read the breakout boxes. I do appreciate that the boxes were usually a different color so it helped, but it did break up sentences and paragraphs onto the next pages. Overall, I highly recommend this book as an leap into chapter nonfiction that would not be quite as intimidating as some because the sentences and writing style are approachable and the spacing on the page is suitable for this younger age.